Stand Up Comedy at The Plus: Adam Friedland & Mike Recine

Stand Up Comedy at The Plus: Adam Friedland & Mike Recine 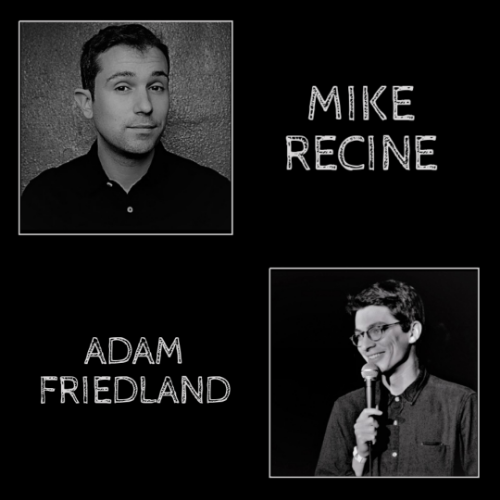 Two amazing stand up comedians, co-headlining The Plus on a special night!

Adam Friedland & Mike Recine- Live at The Plus

Adam Friedland is an American comedian based in New York. He hosts the podcast Cumtown with Nick Mullen and Stavros Halkias. Friedland was initially a guest on the second episode of the show (Real Hip Hop) and was then added as third mic.

Mike Recine is either the smartest dumb guy or the dumbest smart guy in the room. He’s performed stand-up on Conan, written for the MTV Video Music Awards, performed as a New Face in the Montreal Just for Laughs Festival, and been nominated for Time Out New York’s Joke of the Year. Since his first open mic as a teenager in Jersey, he’s performed at nearly every comedy venue in NYC, blending observation and personal storytelling with a pitch-perfect dark wit. Catch him live across NYC to see one of the only guys Brooklyn hipsters and Jersey slobs can agree on.