Mason Jennings Live at The Metro

Mason Jennings Live at The Metro 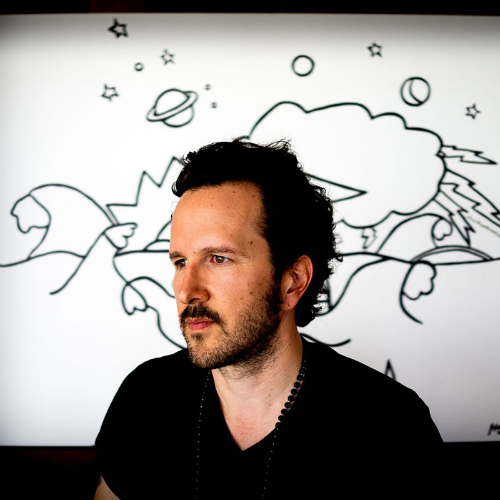 Singer/Songwriter Mason Jennings, Live in Eau Claire at The Metro

Mason Jennings was born on the Island of Hawaii, but at an early age his family moved to the opposite of tropical, Pittsburgh, Pennsylvania. At 13, he started playing guitar and writing songs. Mason later dropped out of high school and decided to move to Minneapolis to pursue his musical career. Jennings made this decision after a friend of his father’s sent him cassette tapes of the Replacements, Jayhawks, and Prince. After non-stop listening he felt like it would be a great home for his music.

Jennings produced his self-titled debut album in 1997 on a Tascam analog four-track in the living room of a rented home, playing all instruments himself. In October 1998, he began a weekly gig at Minneapolis' 400 Bar. The two-week gig ended up lasting four months.

Birds Flying Away, Mason's second record, revealed his penchant for singing first-person narratives of imaginary rustic characters. In 2002, Jennings released a studio album, Century Spring, and a "fans only" collection of acoustic songs, Simple Life. Mason released all three albums (and re-released his earlier albums) on his own record label, Architect Records.

In 2004, Mason released Use Your Voice, which included the songs "Keepin' It Real," ostensibly written at the request of Shrek 2 producers (but not used in the film), and "The Ballad of Paul and Sheila," an acoustic dirge for late Minnesota senator Paul Wellstone. Later that year came a DVD entitled Use Your Van, which chronicled the recording of Use Your Voice and the promotional tour that followed. Andy Grund filmed the DVD.

Mason recorded his sixth album, Boneclouds, at Pachyderm Studio in Cannon Falls, MN with producer Noah Georgeson. Jennings recorded two Bob Dylan songs "The Times They Are A-Changin'" and "The Lonesome Death of Hattie Carroll" which Christian Bale lip-synched in the film “I'm Not There”.

In early 2008, Mason signed with Jack Johnson's record label, Brushfire Records. Jennings released In the Ever in May 2008. The title was inspired by his son referring to where he was before he was born as, "In the ever". Blood of Man soon followed and received a coveted 4-Star review in Rolling Stone, who also cited, “What makes Mason Jennings one of the best singer songwriters you’ve never heard of is his ragged intimate voice and his simple ruminations on God, war, hope and gratitude.”

In 2010, Live at First Ave., his first live album, was released. Later that same year, Jennings released The Flood, an album made up of songs he had recorded in the 1990s on a cassette tape he had lost. A friend sent a copy of the tape to Mason and after rediscovering the songs, he decided to re-record them in a stripped down fashion to stay true to their intent.

In 2011, he released Minnesota, his first new album of original songs since 2009's Blood of Man. The single from the record "Raindrops on the Kitchen Floor” Jennings explains is "one of those songs that kind of wrote itself, I felt the only thing it needed was a secret weapon in the chorus. So I asked my friend, Jason Schwartzman from Coconut Records to help me out."

On November 12, 2013, he released Always Been. The first single from the album was "Lonely Street", was followed by "Wilderness". He released Wild Dark Metal in 2016. He got divorced and after taking some time off to focus on painting, to recover from depression and to heal from agoraphobia, he began touring again. He remarried in 2018 and released an album of love songs inspired by his new relationship, Songs From When We Met, available now.