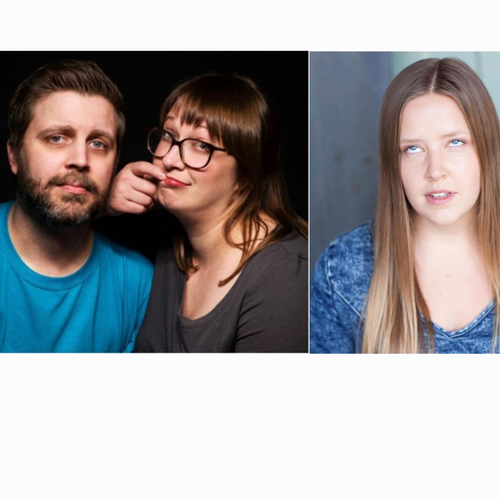 Ellie Hino and Casey Nelson are two great comics who have combined their powers to create a two-headed comedy powerhouse (and save on gas money). Their jokes, catchy songs, and honest stories offer a hilarious glimpse into their life as a married couple. Yes, they are actually married. For real. They have a 4 year old son who is already sick of their shtick.

Jamie Shriner is a Chicago-based comedian, writer, singer, and teaching artist. Shriner combines her sweet and soulful singing voice with her blunt point of view to comment on the way she experiences the world around her, leaving audiences laughing and humming catchy tunes. Credits include The Onion (Features Contributor), The Laugh Factory Chicago (Naughty Thoughts), The Drop, Milwaukee Comedy, and Wife Material (Creator)