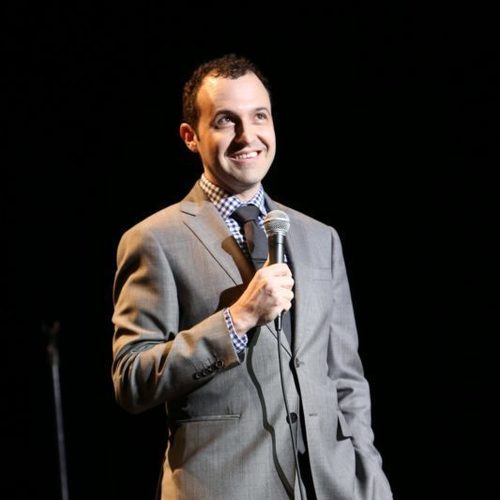 ****online sales for this event have closed. Remaining tickets will be available for purchase at the door at 7:30pm****

Tony Deyo is a stand-up comedian known most notably for his sharp, quick material and near-perfect comedic timing almost certainly gained from his years as a professional symphony musician. New York City’s Village Voice calls him “one of the tightest joke writers in the business.”

In 2013, he made his late-night television debut on CONAN. Within a year, he had added appearances on The Late Late Show with Craig Ferguson, AXS TV’s Gotham Comedy Live, and Comics Unleashed with Byron Allen. His album, “Comedy Road Trip”, landed on the Billboard Magazine comedy chart and debuted as the #1 selling stand-up album on iTunes.

He recently appeared on Jeff Foxworthy’s podcast, “A Comic Mind”, was named one of the year's best by the New York Post, and can be heard regularly on SiriusXM Satellite Radio.

30 tickets will be available as part of an early bird ticket special- where ****WE**** pay the processing costs for you. That's right- we pay ticketing fees and processing charges FOR THE FIRST 30 CUSTOMERS. We want to say a big thank you to those who buy early and are excited for the show. So buy now, buy early- and save a bit of cash by doing so!

(Clear Water Comedy and The Brickhouse reserve the right to refuse service, deny entry, or remove any persons who engage in unruly or disrespectful behavior. No heckling, talking, texting, recording or any other disruptive behavior will be allowed during the performance)