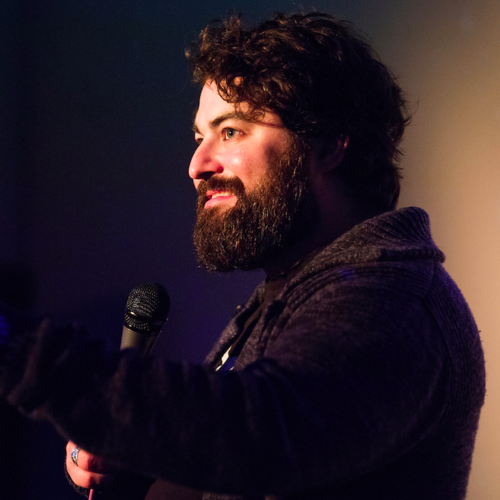 You've seen him on Comedy Central, Conan, and Late Night With Jimmy Fallon. Now see him live in the Chippewa Valley!

In 2019 he and co host Caitlin Cook launched their podcast 5 Words on the All Things Comedy Network.

"I’ve seen him perform more than a dozen sets, and he’s killed every time. He’s dynamite, even with ordinary material, turning standard Brooklyn hipster jokes into a stomping, roaring tour de force, and elevating a bit about sex-performance anxiety into high-stakes comedy. [...] He’s the rare comic who goes over as well in a comedy club as in a bar basement." - The New York Times

Online sales close at 4pm the day of the show. After that, tickets can be purchased at the box office when the doors open at 7:30pm.

The Brickhouse and Clear Water Comedy reserve the right to remove any audience member engaging in disruptive behavior. Excessive talking, heckling, texting, or other disruptive behavior will not be allowed during the performance.