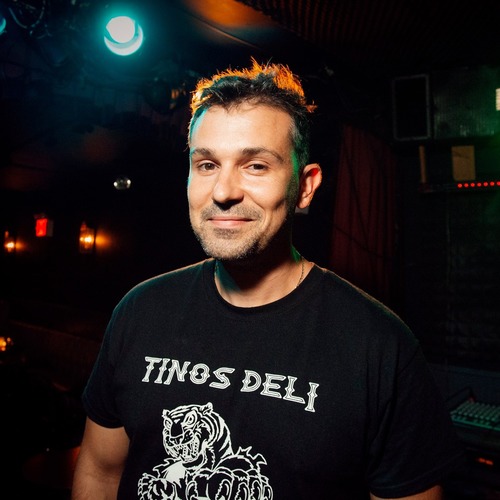 Due to travel issues, this show has been canceled. We apologize and hope to reschedule with Mike at a later date.

Mike Recine is either the smartest dumb guy or the dumbest smart guy in the room. He’s performed stand-up on Conan, written for the MTV Video Music Awards, performed as a New Face in the Montreal Just for Laughs Festival, and been nominated for Time Out New York’s Joke of the Year. Since his first open mic as a teenager in Jersey, he’s performed at nearly every comedy venue in NYC, blending observation and personal storytelling with a pitch-perfect dark wit. Catch him live across the country to see one of the only guys Brooklyn hipsters and Jersey slobs can agree on.

30 tickets will be available as part of an early bird ticket special- where ****WE**** pay the processing costs for you. That's right- we pay ticketing fees and processing charges FOR THE FIRST 30 CUSTOMERS. We want to say a big thank you to those who buy early and are excited for the show. So buy now, buy early- and save a bit of cash by doing so!

(no photography, video, or recording allowed during the perfomance)

(Clear Water Comedy and The Brickhouse reserve the right to refuse service, deny entry, or remove any persons who engage in unruly or disrespectful behavior. No heckling, talking, texting, recording or any other disruptive behavior will be allowed during the performance)