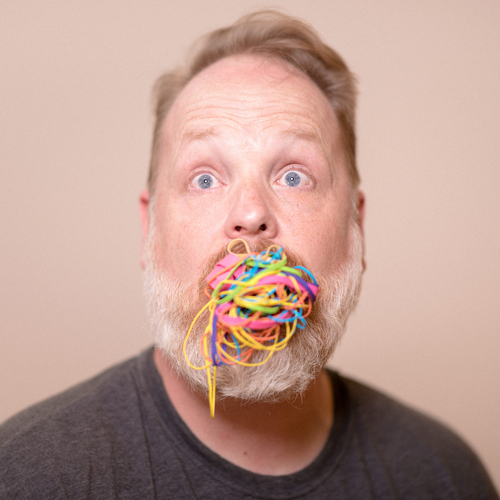 Mat Alano-Martin has spent the last 13 years on the road telling jokes and sharing stories all across America. He has appeared at comedy clubs, theaters, punk rock dives, redneck roadhouses, casinos, colleges, living rooms and everywhere in between. Alano-Martin’s albums “Profiled as Such,” “Blood Mouth” and “Midnight Nachos” can be heard in regular rotation on Sirius/XM’s comedy channels and he has appeared several times on the nationally syndicated The Bob & Tom Show and once on Laughs on Hulu. His first comedy special “Tango in Philly” will be out later this year. He has worked with such notable acts as Patton Oswalt, Tig Notaro, Maria Bamford and Chris Gethard and has performed at several festivals and prominent showcases across the country and beyond.

Seating is first come, first serve. The bar will be open during the show, food can be ordered in the main bar and brought up to the performance space.

Online sales close the day of show at 4pm. If accessing this site after 4pm on the day of the show, tickets will be available for purchase when the doors open at 7pm.

No photography, video, or recording allowed during the performance.

Clear Water Comedy and The Brickhouse reserve the right to refuse service, deny entry, or remove any persons who engage in unruly or disrespectful behavior. No heckling, talking, texting, or disruptive behavior will be allowed during the performance.