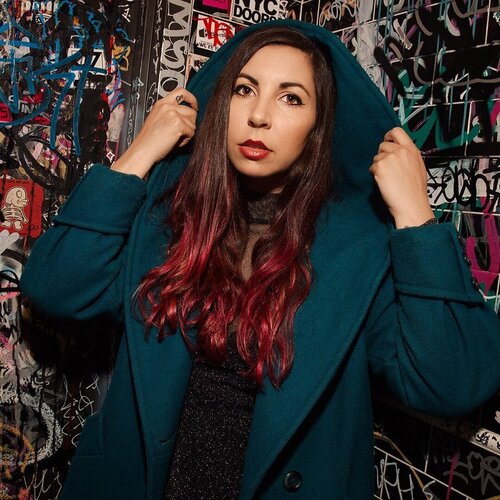 CAITLIN COOK: THE WRITING ON THE STALL

Live at the Grand Theatre

"Legendary c**k lobster." “My life is on fire, I think I’m in love.” “Life ain’t all burritos and strippers, my friend.”

Confessional, immersive, and uproariously funny, this one-of-a-kind show—literally set in a dive bar bathroom—transforms graffiti scrawled all over the stalls into the lyrics of Cook’s original songs and the trail markers along the journey she takes us upon. Through these irreverent, poignant, and often obscene messages, Cook reckons with our shared humanity and what we owe each other. May include: slingshotted panties, milk pistols, and a cowboy d***(complete, with spurs!).

“Her songs will get stuck in your head for weeks! Seriously, this is talent. Do not miss this show.” (Natalie Palamides).

“She’s absolutely lovely, but she wears a lot of velvet, and I hate that texture.” (Daniel Sloss).

“Somebody get this girl a writing job already.” (Kyle Kinane).

"I’m amazed that she doesn’t have a Netflix special yet, but she’s American, so it’s only a matter of time. And she is brilliant." (Barry Ferns).

“Her songs are killer.” (John Hastings).

“OMG, you’re like a female Adam Sandler because your songs are hilarious, and, like, you’re Jewish!” (Drunk girl in Texas).

Online sales close at 4pm the day of the show. After that, tickets can be purchased at the box office when the doors open at 7pm.

The Grand Theatre and Clear Water Comedy reserve the right to remove any audience member engaging in disruptive behavior. Excessive talking, heckling, texting, or other disruptive behavior will not be allowed during the performance.