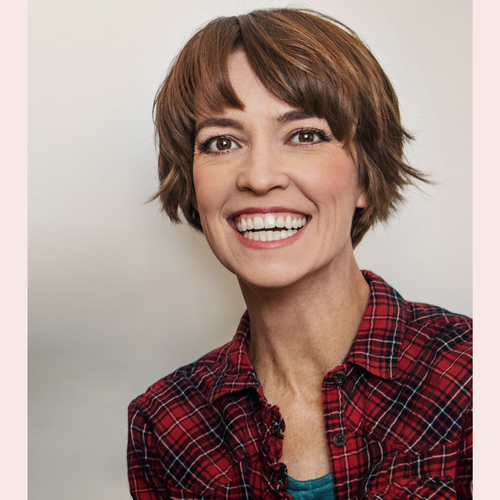 Purchase between Nov 3rd- day of show at 4pm

Folk Humorist Mary Mack performs her sometimes-musical comedy at festivals, colleges, clubs, casinos and anywhere you can find a llama or a buffet line. She has acted in cartoons, weird student films, and commercials that urge you to buy food for your hamster. (Mary is totally FOR feeding your hamster.) A favorite on radio shows and podcasts around the country, including Marc Maron's WTF Podcast, New York's 2 Dope Queens, The Bob and Tom Show, and American Public Media's WITS, Mary played the leading character Dylan on Fox's new late night cartoon Golan the Insatiable, season one. Her voice has also been heard in the cult favorite Aqua Teen Hunger Force on Cartoon Network’s Adult Swim. Mack’s comedy (spotted with occasional mandolin or clarinet outbursts) has been seen in the Vancouver Comedy Fest, The Andy Kaufman Awards, Montreal’s Just For Laughs Festival, and the San Francisco Sketch Fest as one of "The Dozen" up and coming headliners designated by the festival. She had her national TV debut on Comedy Central's Live at Gotham and NBC's Last Comic Standing and has appeared on TBS' Conan and NBC's Last Call with Carson Daly. This year she will be working with Rick and Morty co-creator Justin Roiland to voice a main character in his new cartoon Solar Opposites and in his video game Trover Saves the Universe. Check out Mary's youtube page under MaryMackComedy for lost videos or see a couple Conan sets on the Team CoCo YouTube Channel!